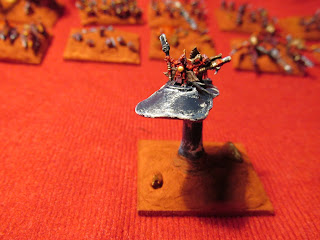 Here's the Technocrat aerial hero, riding on a wave of energy that comes from the Martian surface, especially where it breaks through in rivers and in patches. I plan on doing a terrain board in a couple of weeks. It will feature Olympus mons as the centre of the board and of the energy. The Technocrats all have energy weapons (basically dark, then light blue and a bit of white). 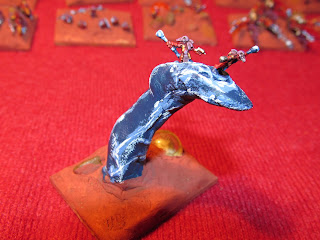 Technocrat magicians - or if you like Onslaught avian shamans. 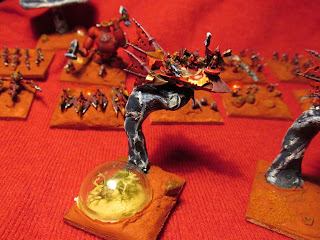 one of the two Technocrat airboats. I added a couple of avian war chiefs to give more of a crowded feel, and because I bought a pack of them and needed to use them somewhere. The plastic dome is theoretically where the Technocrats live and grow food, protected from the Martian radiation. You can see the model railway lichen inside. 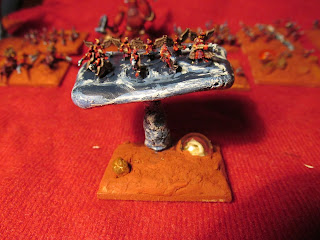 Flyers. Also the only base I am really unhappy with, because it looks wrong. I should have used smaller sections of lolly stick to form the aerial base, rather than a whole base. 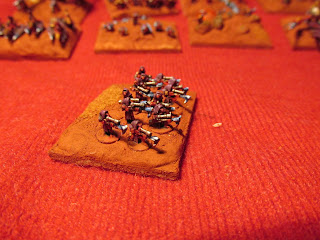 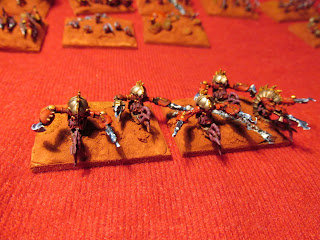 Technocrat knights. Two bases. They are actually onslaught exo suited (Stygians?). I almost used them as artillery for my HOTT rules, but the guns you can choose to attach aren't quite big enough for artillery in my view. It occurs to me that artillery is needed for this army and I will probably have to invest in some Microworld guns on dinosaurs, which I nearly did this time. 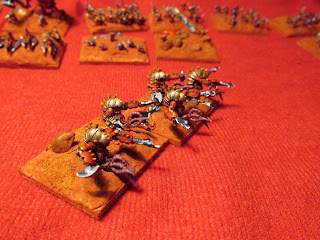 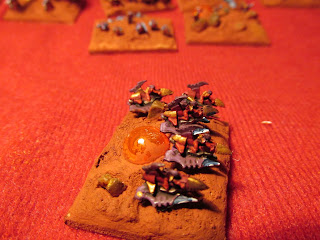 sisterhood speeder bikes, or in my world, Technocrat riders. 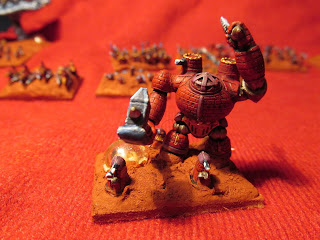 A favourite base. That's a behemoth with point defence escort. The giant is a Microworld dwarf golem. The escorts are irregular (non) daleks. If you do a sci-fi army in 6mm, you have to have (non) daleks. 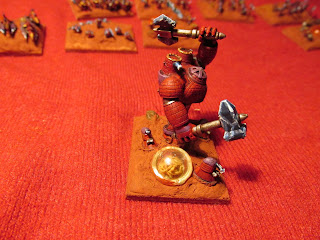 sideways on you can see the dome better. 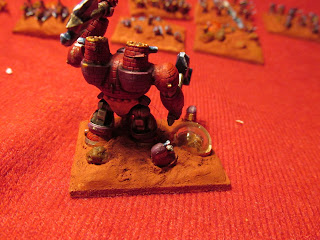 Paint the rear of your armies, because when you play, you'll spend longer looking from that angle. 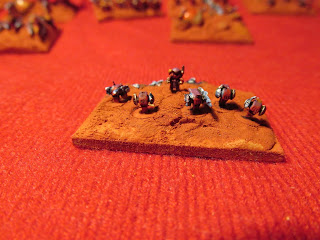 Technocrat beasts - I think they are OTC probe robots with a handler. They absolutely work. 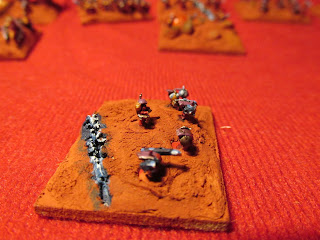 I could have used these for lurkers or sneakers, but I already have a bunch of avian serpent warriors set aside for that. 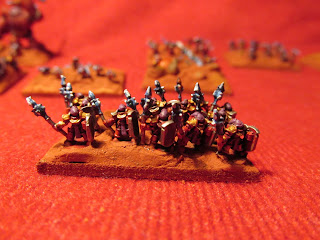 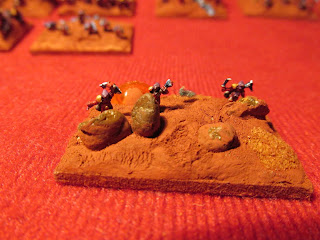 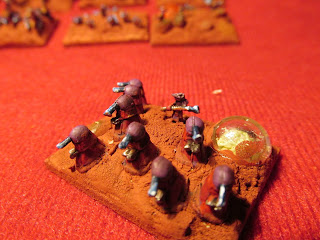 Technocrat hordes. I have enough to make about 16 bases of these before the summer's over. 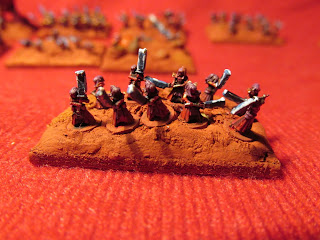 blades or warband - the players can decide which. I think they'll serve as either. 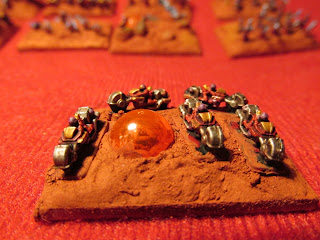 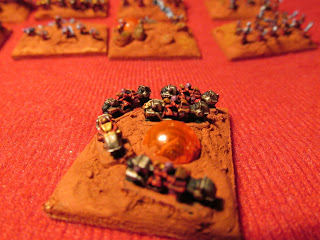 swerving to avoid running over their house. 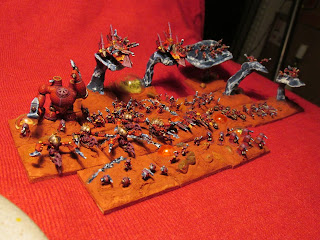 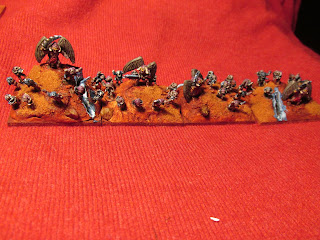 The Olympian hordes. Microworld flame demons whipped on by the fallen. 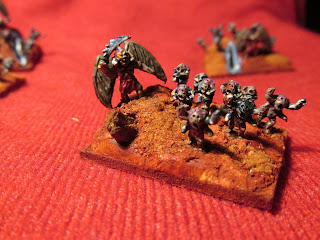 Love those tortured flame demons. Twisted and tortured by the Martian energy. 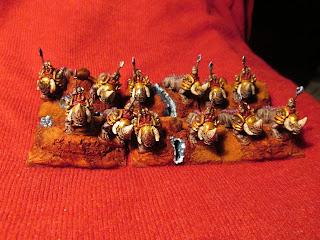 Abyssal rambeasts - knights of Olympus. Looking a lot like the creature that nearly eats Natalie Portman in attack of the clones. 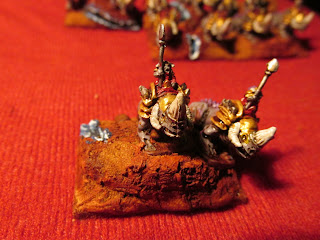 I don't thimk any of these bases stands up to close inspection. Well, that is ok, since the impression I want is the massed 6mm look in a big HOTT army. I am afraid that I haven't the time or patience to improve on this standard at present. 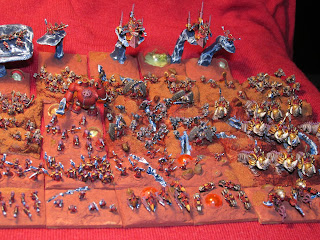 This is about one quarter of what I hope the finished army will have. I likke to do test paints, to figure colour schemes and such like.

More to come. Next up are some crater dweller creatures and airboat.