At last I have finished my technocrat faction for the Martian Alliance. i used a magnifying glass for the majority of these and this has improved the overall standard of painting, but I will never approach pro levels - i remain a proud amateur. Close observation will show imperfections, but the look of massed units at a distance is good. I can't take better pics at this time, as I am moving on immediately to finishing the Olympian faction and making the terrain board. 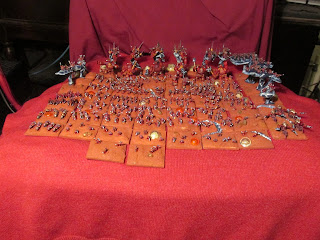 This is the whole faction, with skirmish units in the front and aerials to the rear. 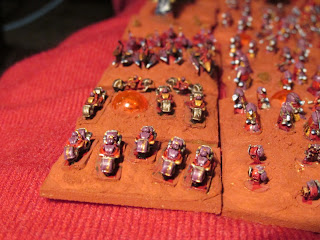 focus here on the technocrat riders -  two bases each of bikers and speeders; both from onslaught miniatures 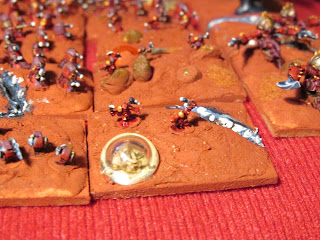 assassins or lurkers or sneakers; five bases of them. Players have also used these bases as heroes. 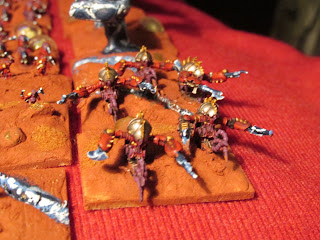 technocrat knights; really happy with these - painted ages ago without mag glass. 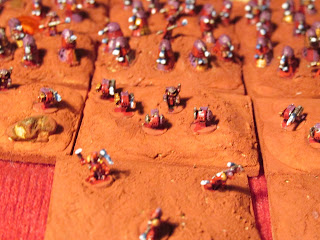 a better shot of the sneakers, but the real focus is a close up of the technocrat beasts; onslaught OTC drones and handlers. 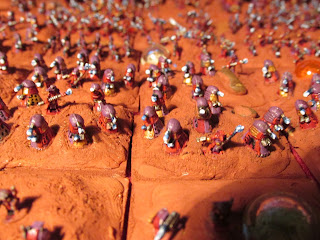 Focus on the technocrat hordes; irregular non daleks with onslaught avian handlers. Very happy with these; I made 17 bases. 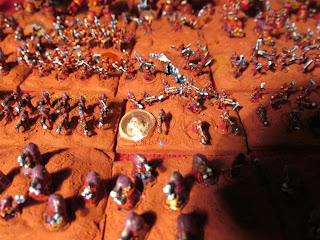 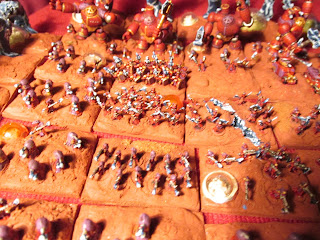 another look at the shooters, with spears and hordes as well and giant golem robot behemoths in the background. 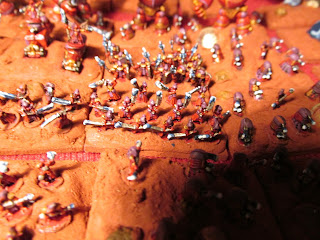 close up technocrat blades, with spears in support. 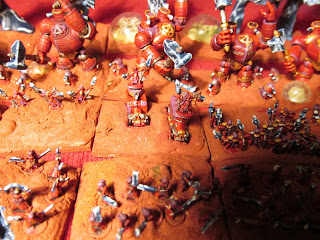 I love this base, which wasn't intended. I ordered 24 German WW1 tanks as extras for the crater dwellers and irregular sent me an armoured car and a staff car as samples. I used them for a technocrat hero. 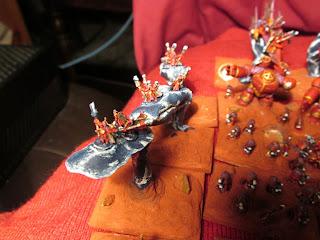 The other technocrat (aerial) heroes. 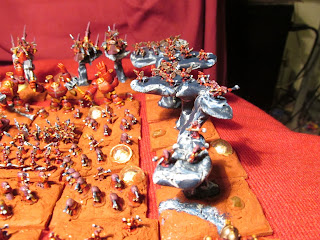 techncrat magicians, with flyers in the background. 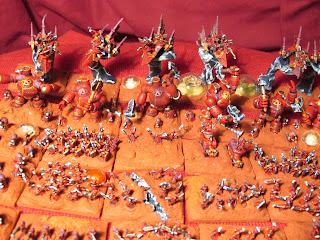 I am not sure if this is meant to show the behemoths or the airboats. 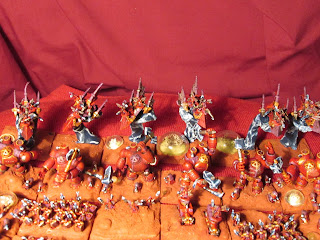 Or airboats and behemoths. Kindly note the non dalek escorts as point defence for the behemoths. 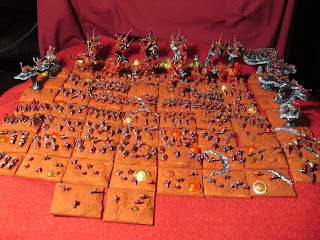 The whole faction. Wow! only the Olympians to go. I might actually finish this thing.

Posted by 6mm fantasy painter at 11:09 No comments: