Here I post the finally complete crater dwellers faction of my Martian Alliance army. Actually, there are several units, including one airboat in other posts, so I won't show those as well. I am boxing them up for transit, as I intend them to debut at my HOTT club next week, before I have done the terrain board. 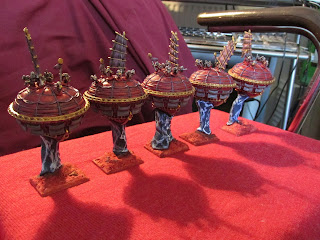 above are the remaining five air boats 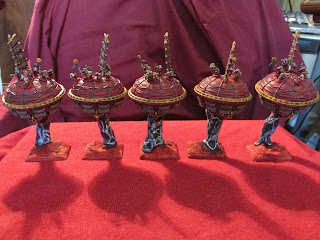 the air boats again; They took forever and are a combination of uncharted seas my imagination and the fantastically planet of the apes type wildlands alliance from Microworld games. 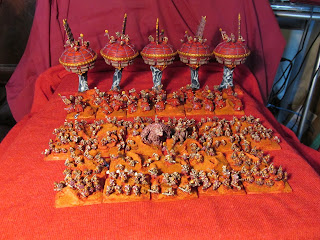 All the remainder of the crater dwellers. Quite an imposing little force. 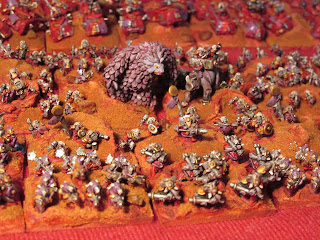 close up on the behemoth rising out of the Martian crater sand at the urging of his were elephant leader hero. 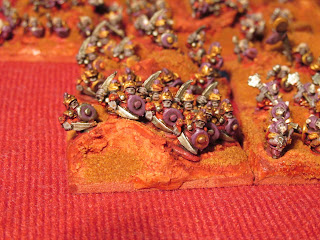 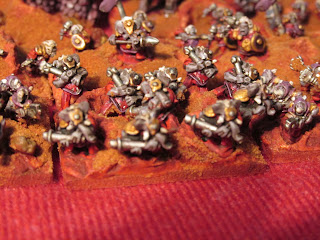 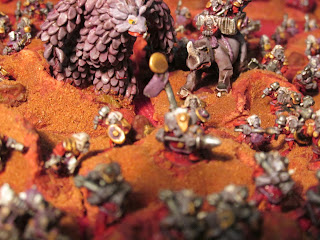 The hero and his big follower. 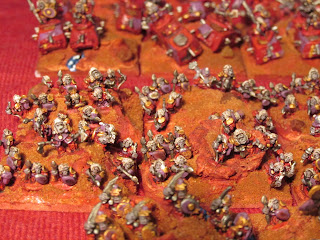 Hordes and tanks here they come. 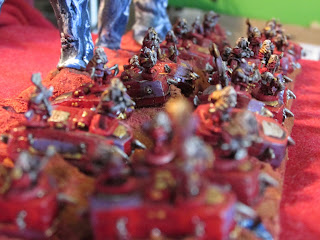 The crater dweller panzer division, revving up for action. 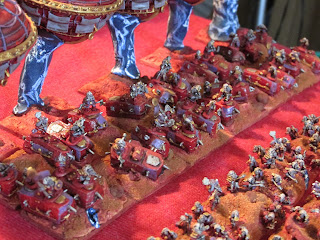 A better shot of the panzer division. This came about because I had done some dwarf tanks four years ago, using British WW1 tanks. I had also bought four irregular German A7Vs. I did two bases for the crater dwellers, using all four tanks. This is because I like cavalry and the wildlands alliance don't have any. So I made my own. I liked it so much I did another 12 bases and I think they are wonderful. They won't stand close scrutiny, as I am an amateur, but en masse, they look right. What you see there is, I believe, 3.5 times as many tanks as the Germans actually made. Can't wait to get these knights of Mars into action. When Microworld bring out their new apocalypse stuff, I intend doing lots more of these. 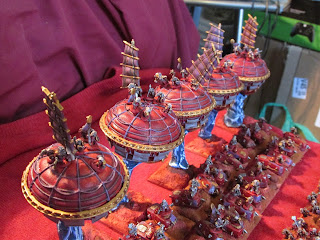 Tanks for the air cover chaps. 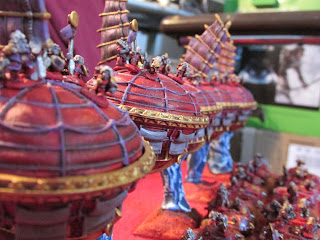 yeah baby, yeah. Come and get some. 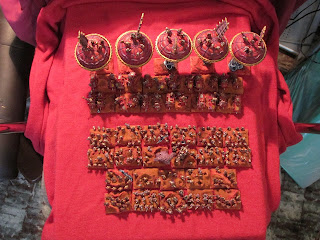 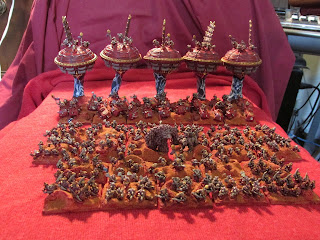 The lot again. Next up in a few months will be the Martian Alliance technocrats.