This is the army of Hephaistia

I have just finished the army of Hephaistos, painting up elements representing all the HOTT troop types I intend to use. They are, of course, the Dark Alliance of Microworld miniatures and are quite superb - inspirational even. The war dragon, nightmare beasts and wizard are quite amazing, beyond even he usual high standards I have found. I went way overboard on the bases, as I always do. 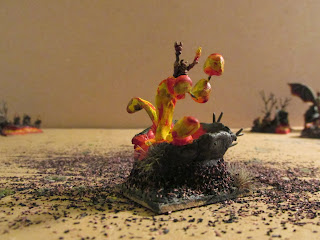 The wizard of Hephaistos, riding a trail of lava, which he summons and controls. 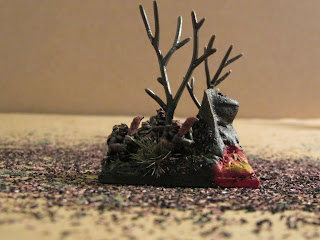 These are the Dark Alliance ogres, painted as a warband element. 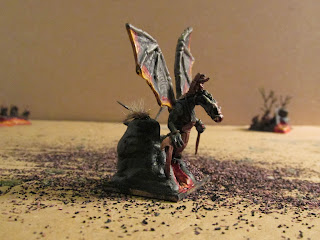 The war dragon, with rider 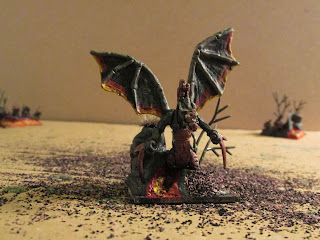 From the front, with a better view of the awesome profile with the wings spread. This thing looks ready to do some real damage to the enemy. 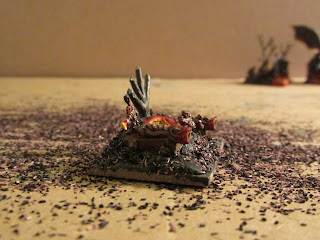 Cannoneers. Love the mouth sculptures on the muzzles. 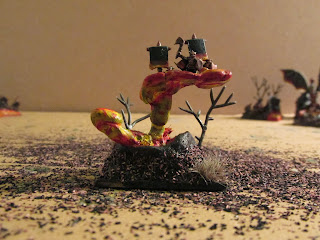 Dark Alliance hero and two standard bearers, painted and based as an aerial hero for HOTT. The idea is that the hero is standing on as base of lava, spewing from the erupting vulcano. I call them the army of Hephaistos - the Greek Vulcan -god of fire and forge. 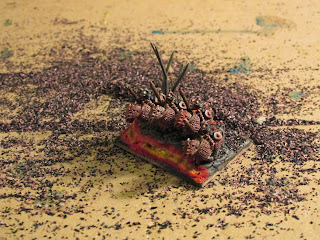 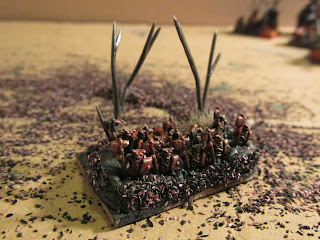 Hephaistos halberdiers, which I have not yet decided to make either spears or blades. 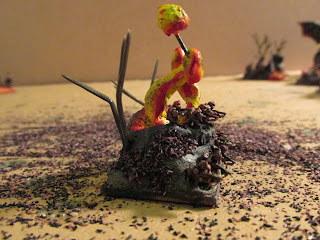 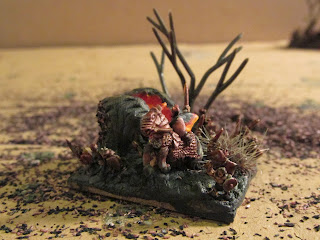 the hordes of Hephaistos, led by a mounted hero. I have enough Dark Alliance barbarians and warriors and heroes to make another 12 of these. 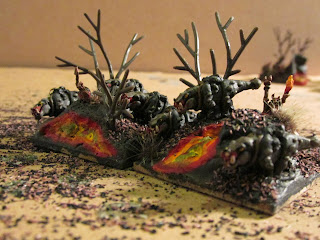 Now these were Dark Alliance knightmare beast riders, with two options of riders to attacj to the saddle area of the beats; but I found they work better for me as an element of beasts for HOTT - the first time I have made that troop type. There's a spare magician and hero acting as handlers for the huge, scary things. 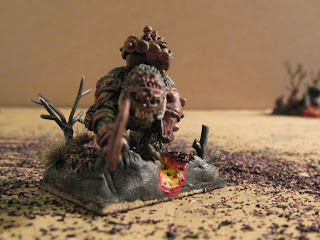 The war gargantuan - great look from this angle. It will be a behemoth 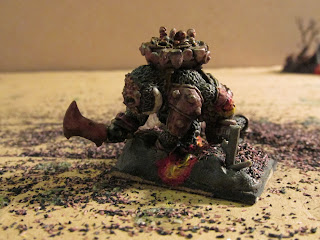 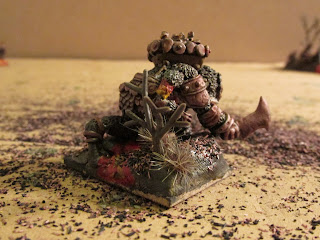 and again -  Love this guy. Imagine facing a phalanx of four - I have to buy some more of these and the dragons. and the beasts and..... 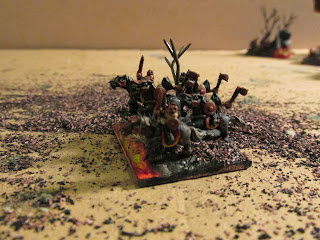 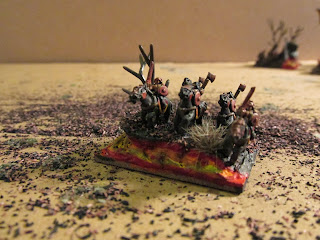 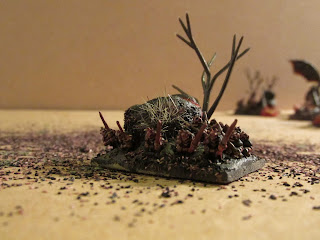 Hephaistos blades, half swords, half axes. 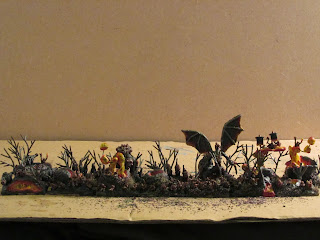 The full range in review. 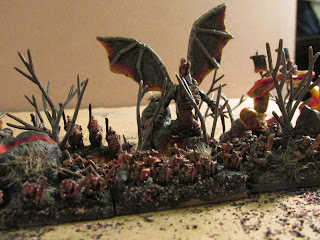 closer up of part. Does the dragon draw the eye? 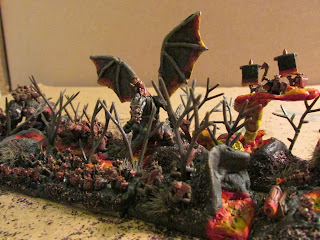 Lovely angle here. My most complex work yet. i think I have found my creative muse.
I now plan to rest the metal soldiers for a week or two, as I have some scenery boards to make up. Will try first to make a 3 foot by two foot HOTT lizarmen/Aztec?/swamp battlefield. Watch this space.