Here goes with my desert themed army, based on microworld's firmament army. I think they are magnificent - lovely miniatures - different and chunkier than previous ranges, but still easy to paint and full of character. I really went to town on the bases - perhaps too far. comments read with interest - I have lots more to paint. 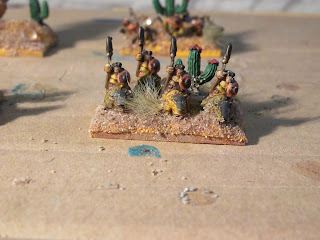 first up the riders, well, knights really, as once painted and up on a base they look like heavy cavalry.I didn't think the moles would work when I first saw them, now I think they are just right for a straight forward charge. 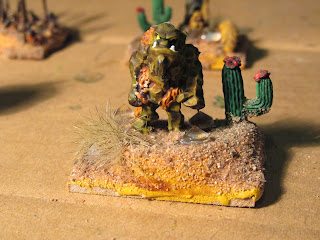 my personal favourite- the sandstone giant. I just love the blocky, chiselled look of the miniature. It's intended as an earth giant, but looks just as well as a  sandstone creature. The sculptor here did a fantastic job of imparting character to the creature's face. 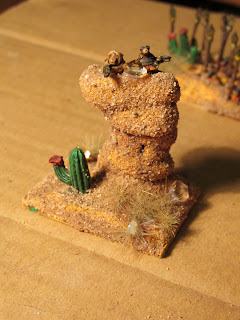 the aerial hero, raised up on a sandstorm, with his spear-wielding follower. 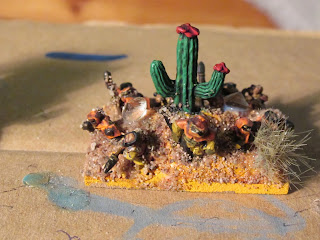 the hordes, composed of various mole and stoneman warrior types, led b a greater stoneman at the front. 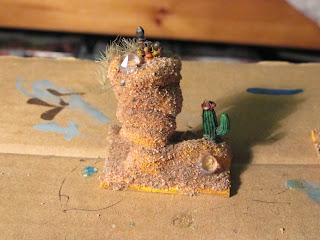 the sand wizard, also raised up on a storm, able to control the desert with his warp stone magic. 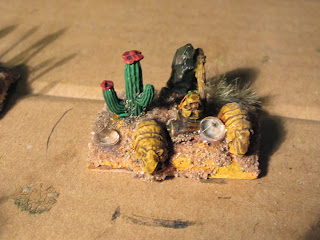 Now then - a warp stone cart, drawn by moles. Is this knight, rider, or perhaps cleric (in HOTT terms)? 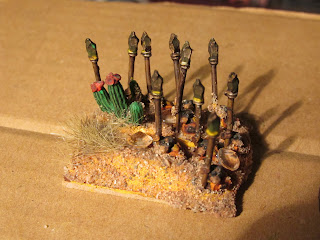 The spears, love the great chiselled warp stone spear heads, I bought a whole load of these - aiming to create a phalanx look eventually. 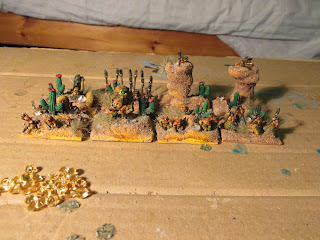 The weekend's work together, with the diamond wedding accessories I added to the bases for a fantasy spin. 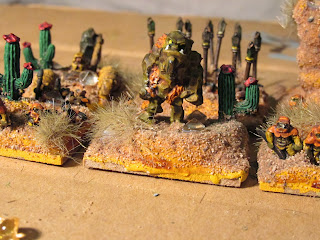 closer up behemoth, with allies around him. 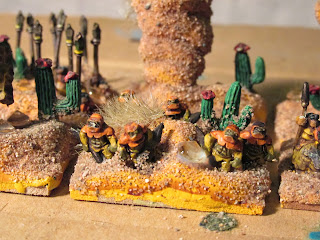 greater stonemen warband. I shall have to finish off the front of this base properly soon. 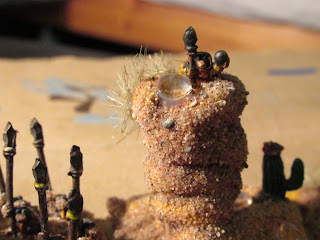 Hope you like - do comment. Next up the dark alliance / army of Hephaistia.
Posted by 6mm fantasy painter at 12:10