I am getting set up for a small day of HOTT gaming on Friday and decided to put for display the whole collection of my 6mm fantasy figures and the terrain boards. 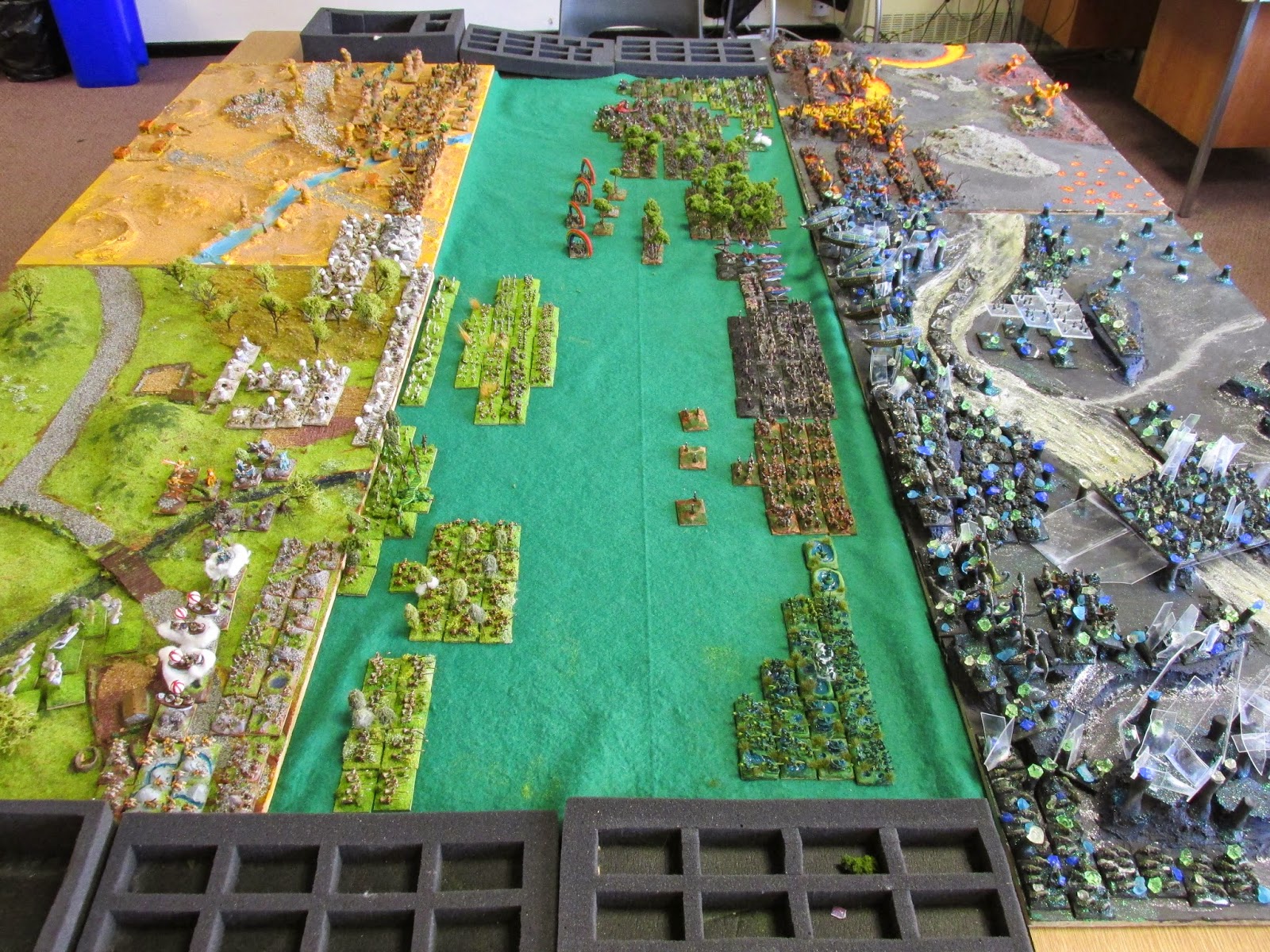 Above the entire collection on parade - traditional good against evil, sort of.
To the left the Vikings, with woodland realm in front, centaurs close, then foot. Dwarves in reserve and desert people in the background. To the right lizardsmen, with hobgoblins in reserve, then minotaurs, undead, dread elves and far off the orc/goblins with Hephaistos/volcanic arm in reserve. 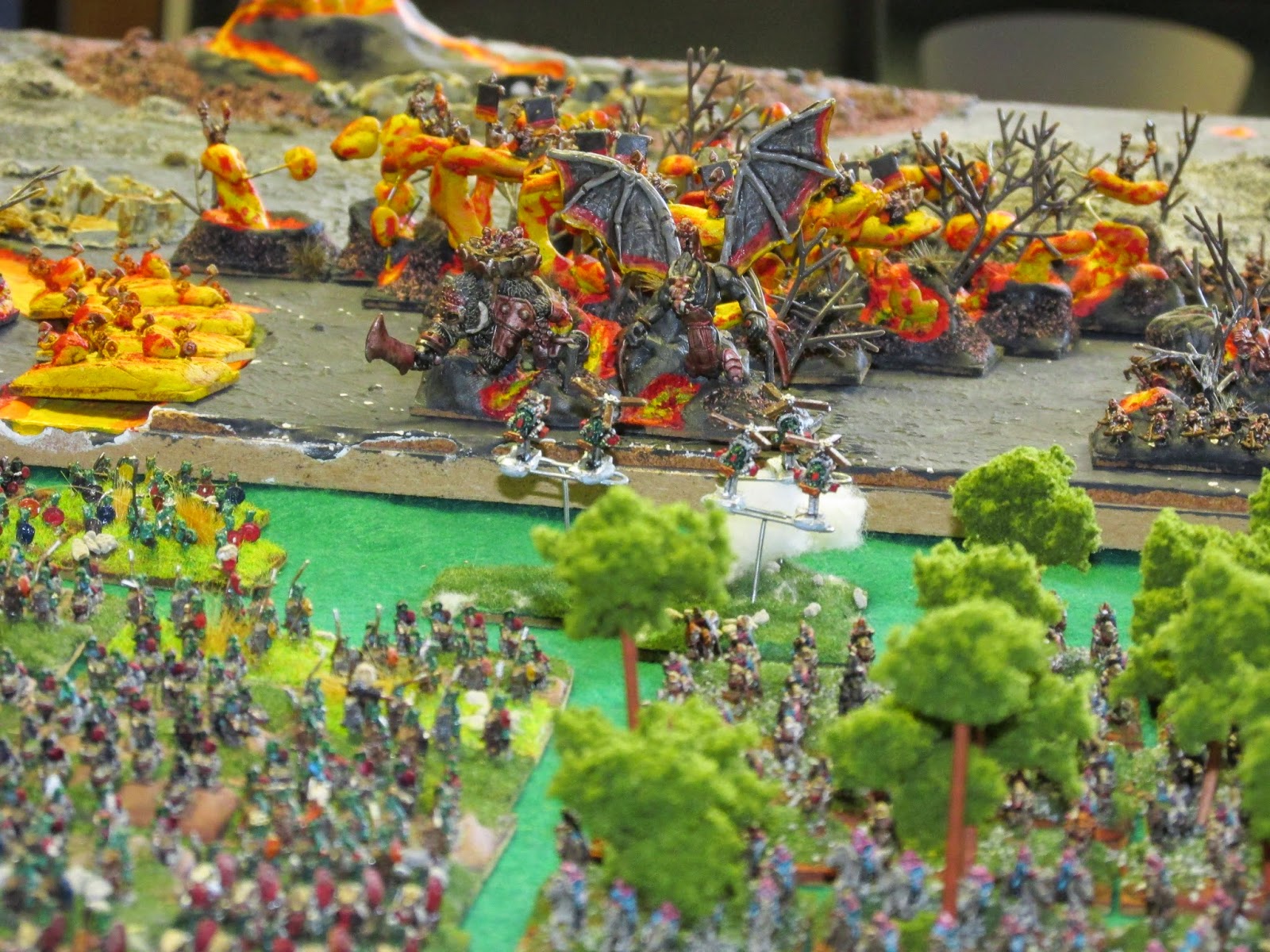 My favourite picture. I love that dragon - the best fantasy dragon ever. Set against a background of fiery lava flying heroes; with the wolfriders, boar riders and dread elf raptor riders and riders in front. 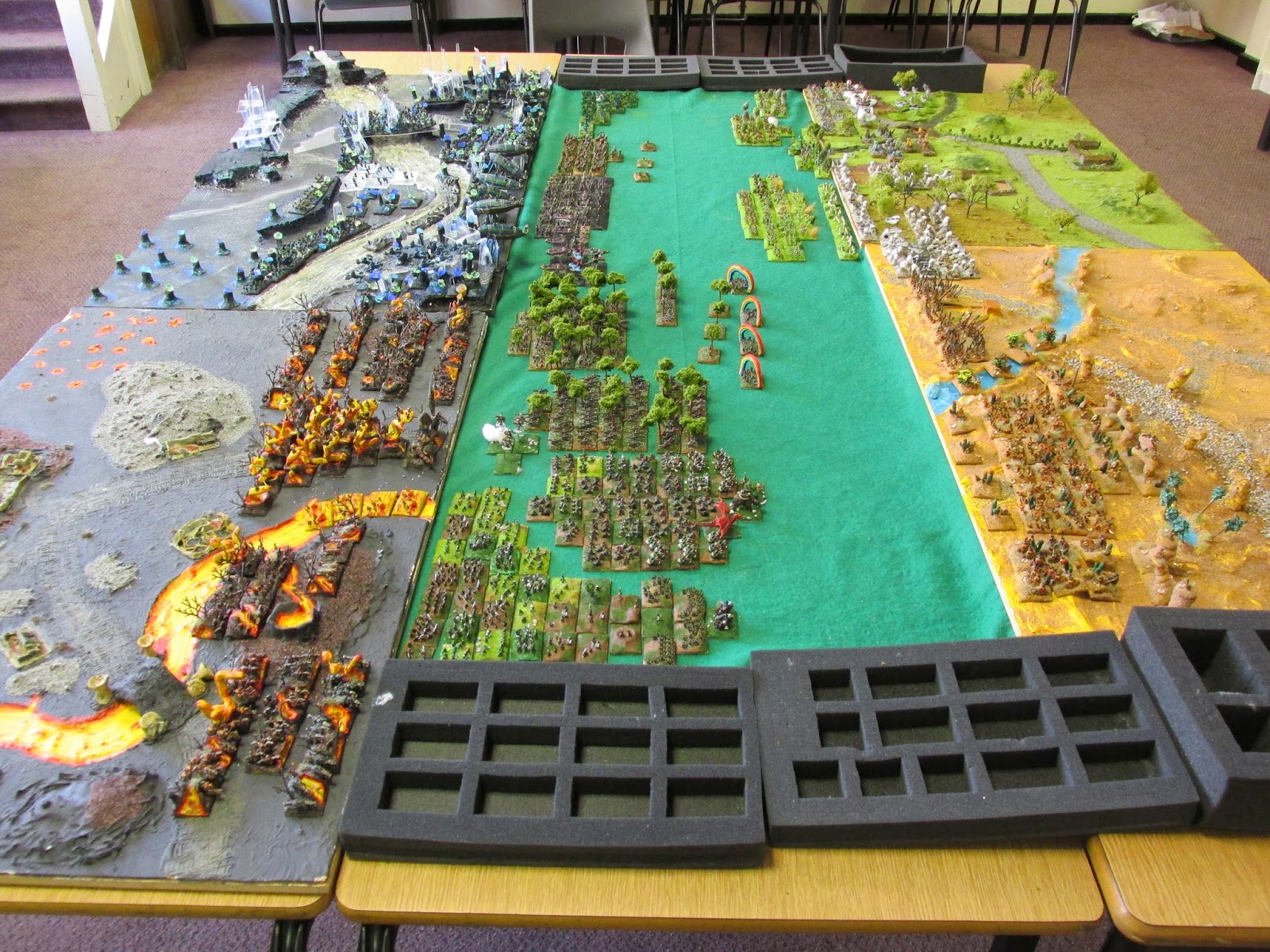 The whole collection from the other side. 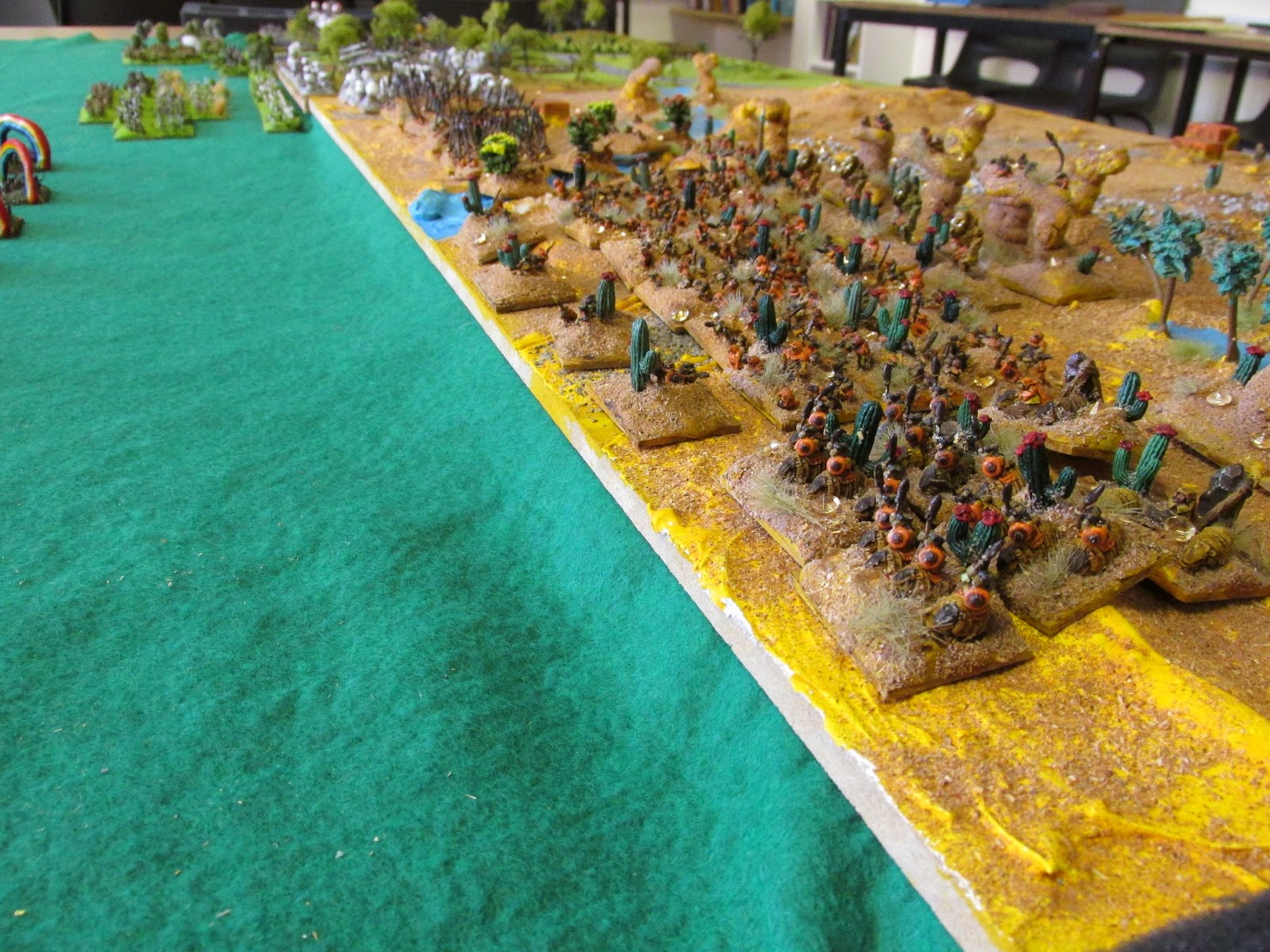 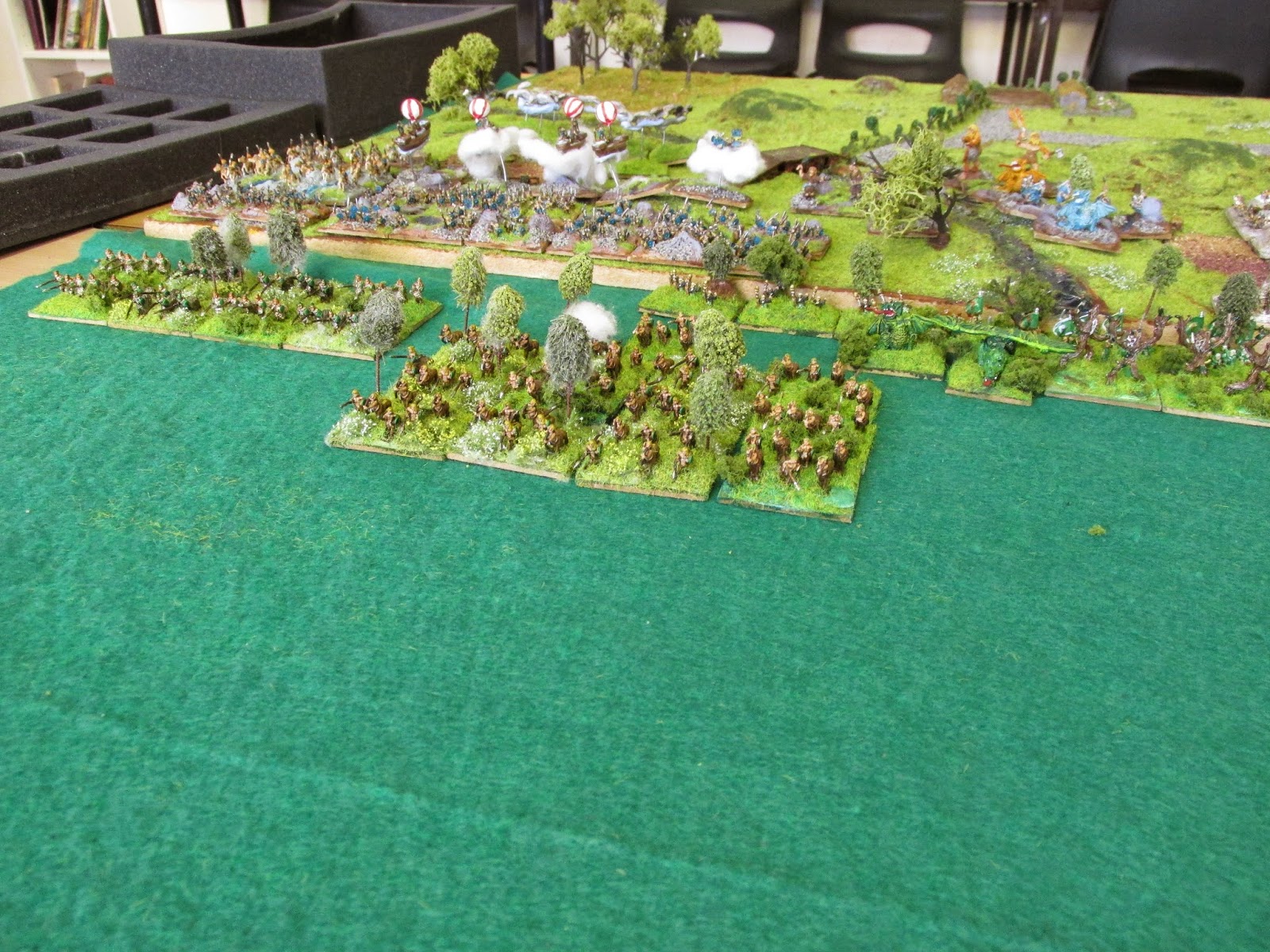 The woodland realm mounted force - centaurs, with vikings in reserve. 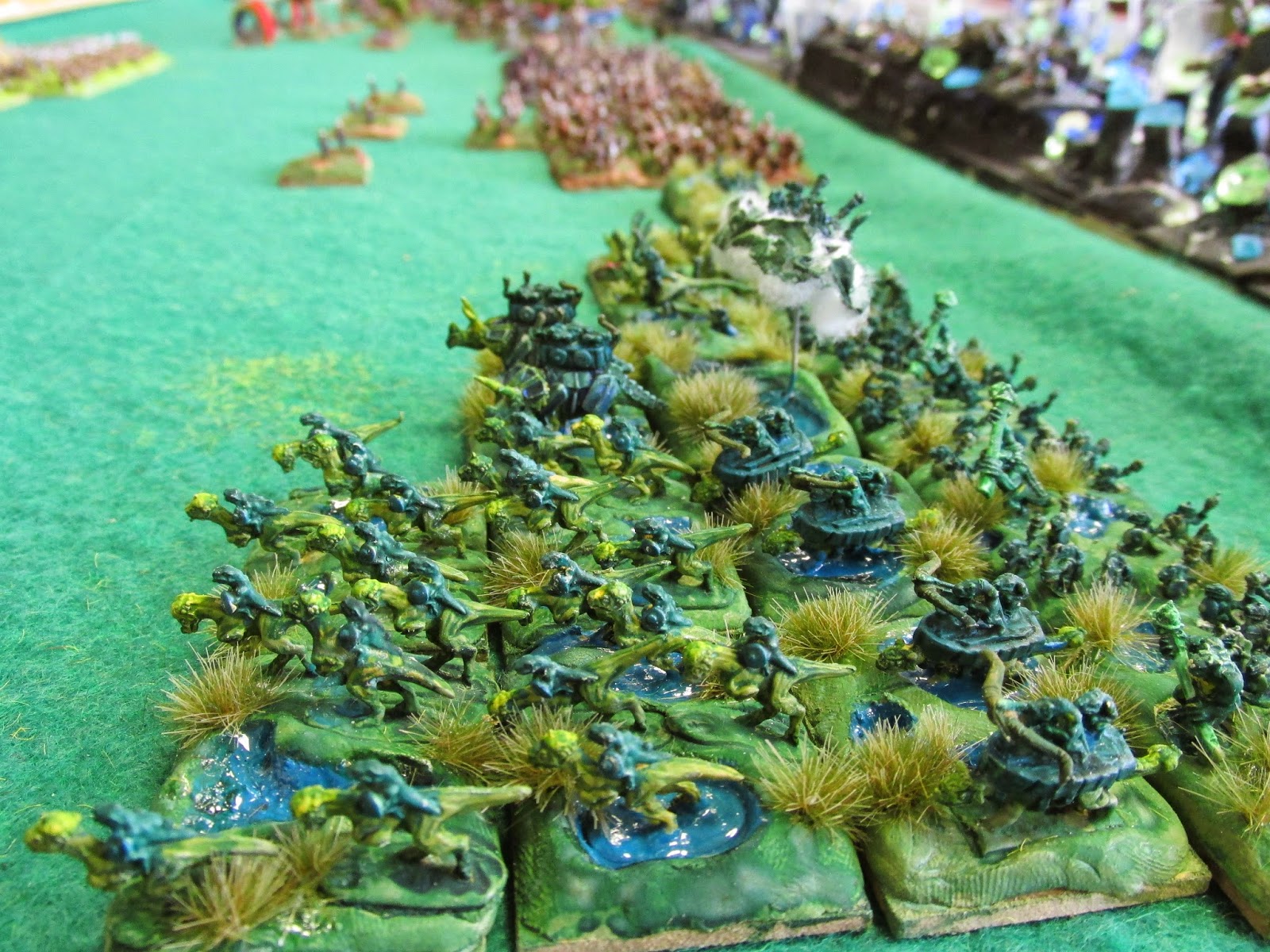 The rarely seen lizardmen - I have a huge army unpainted - whenever I almost paint them, microworld games bring out yet another amazing army which gazumps them. I overdid the green glaze on these. 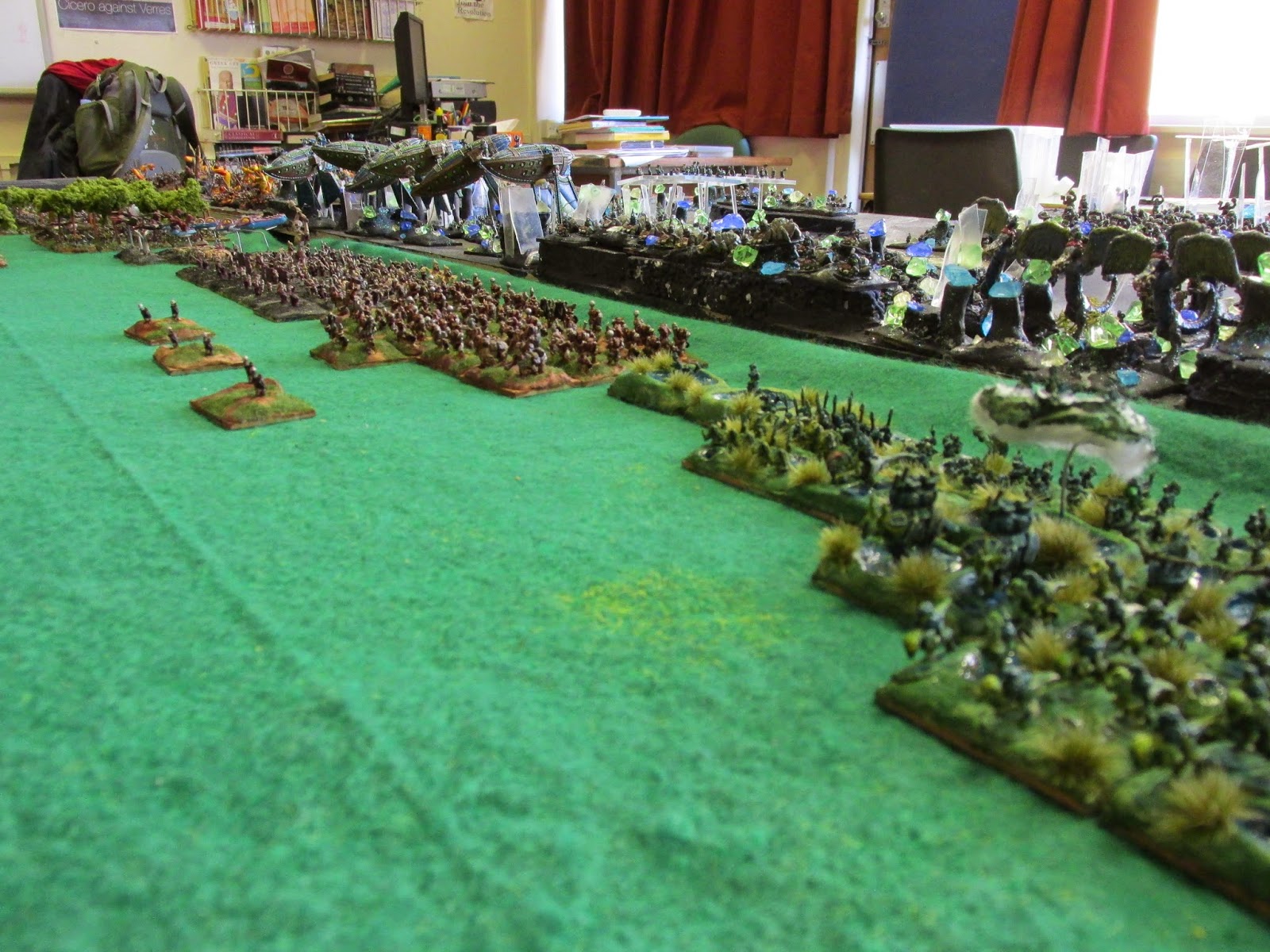 lizardmen, minotaurs and hobgoblins in reserve. 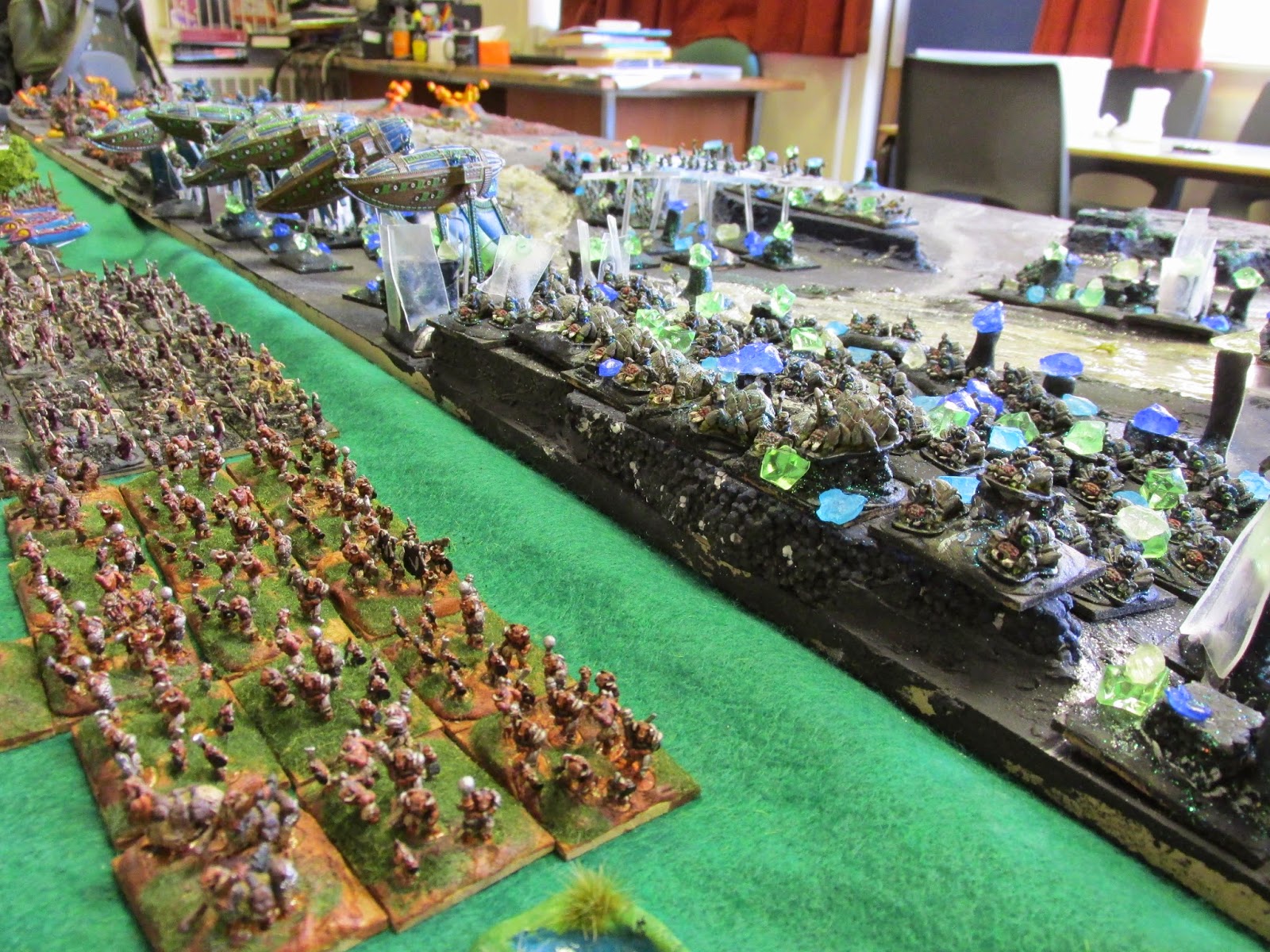 closer up minotaurs and hobgoblin cavalry. Interesting view of the hobgoblin airboats here. 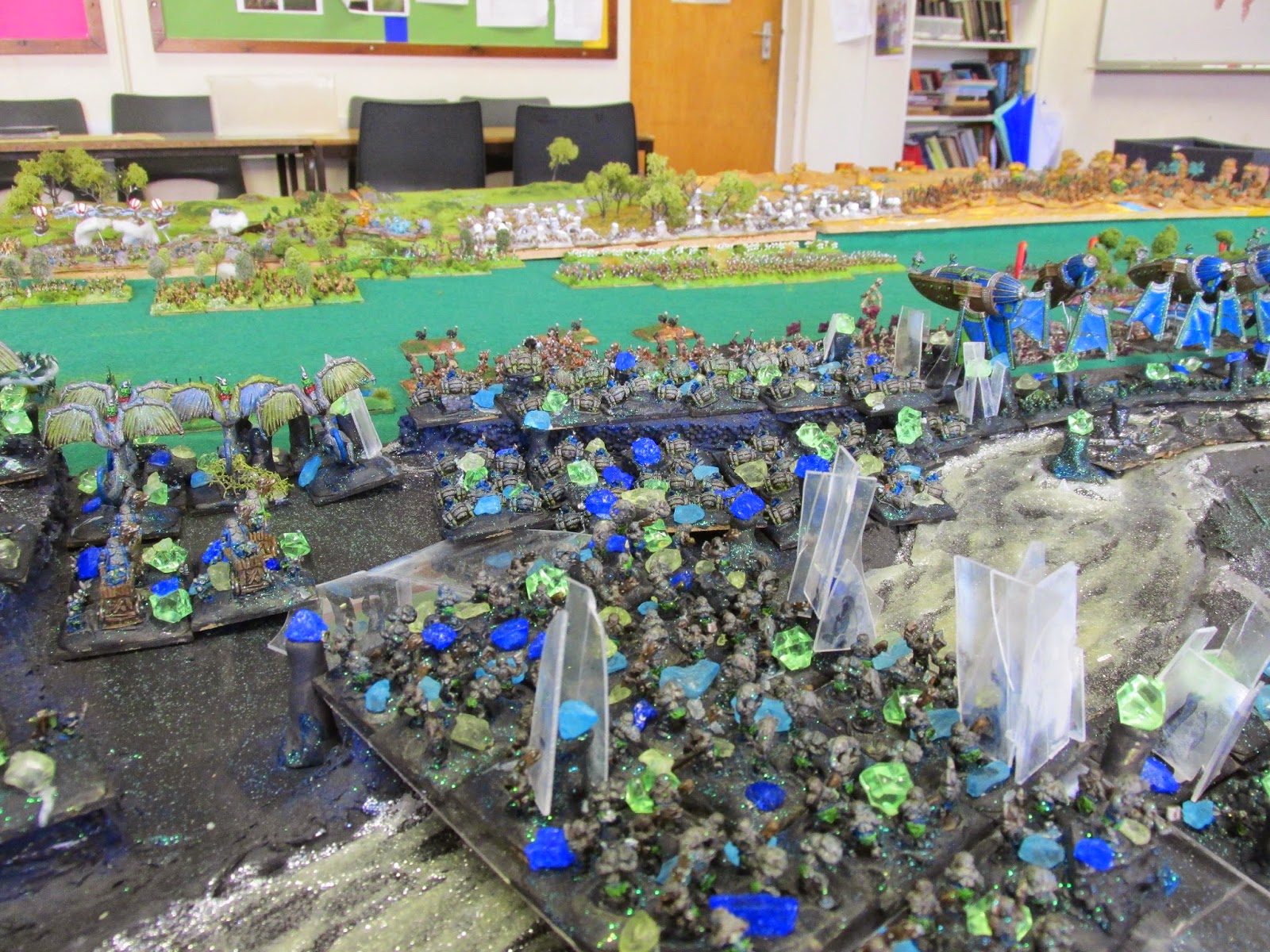 A great view of the massed spider riding hobgoblins and their supporting dragon and warband trolls. 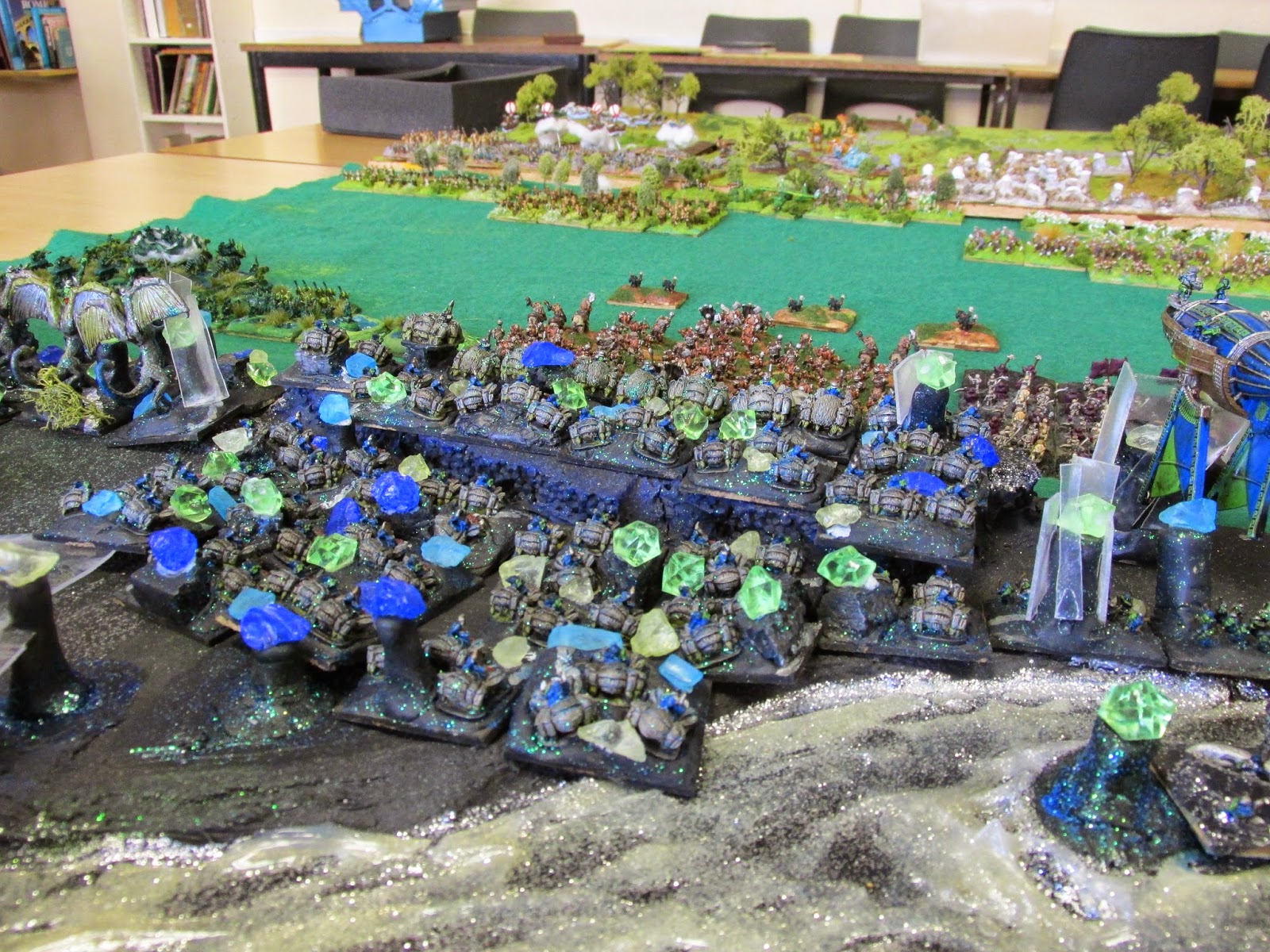 I love massed cavalry - even spider riders - a hangover from my youthful Napoleonic days. 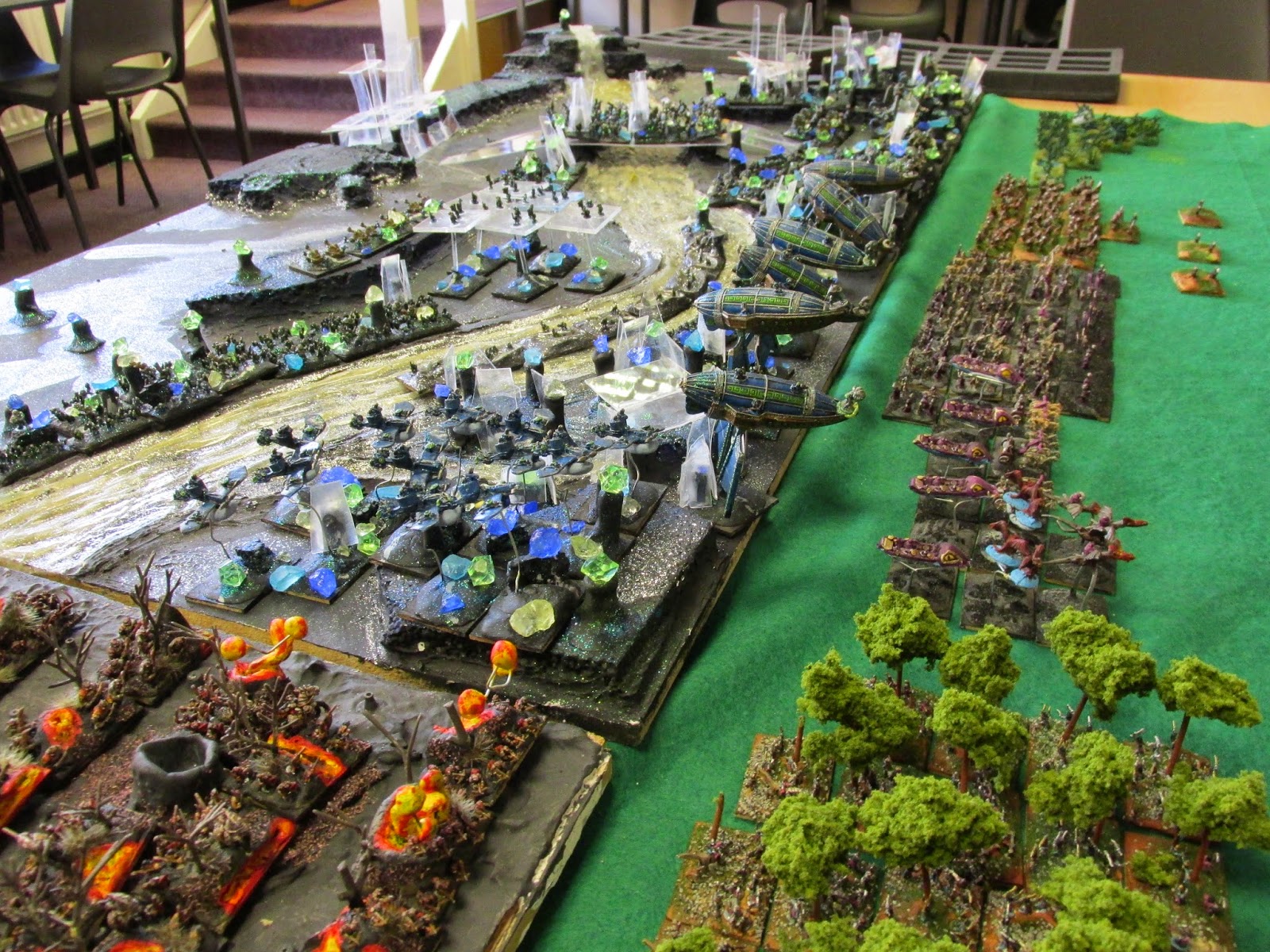 I did do a lot of those hobgoblins. 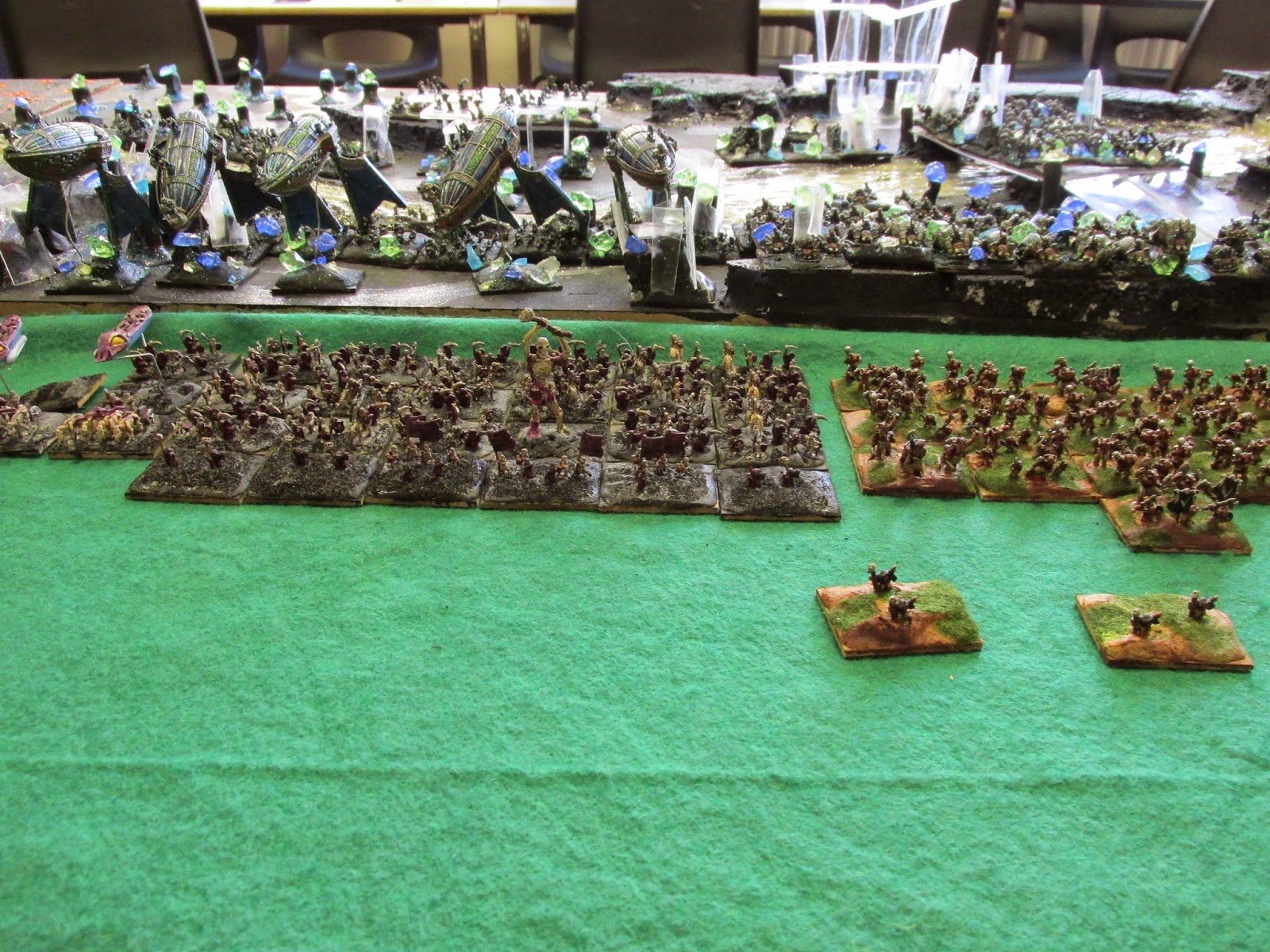 The undead hordes and their charismatic bone giant. I painted these about three years ago and have got better since. But they hold up well. Watch out for the beastmen/minotaur wizards to the right! 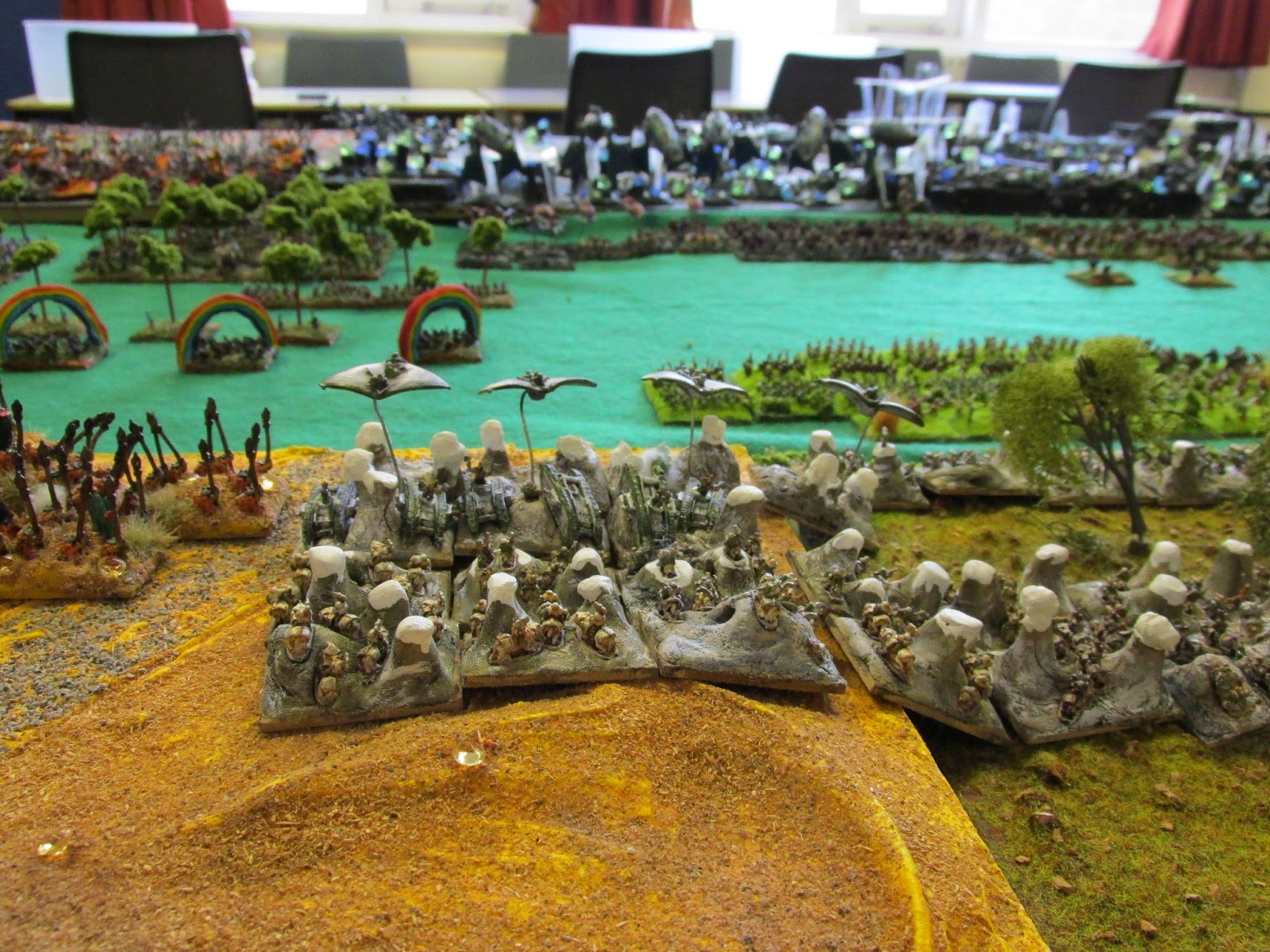 The massed dwarf bear and sheep riders, with dwarf tank battalion. They await the advance of the enemy hordes. Dwarf flers (irregular flying stuff is the best in 6mm imho). 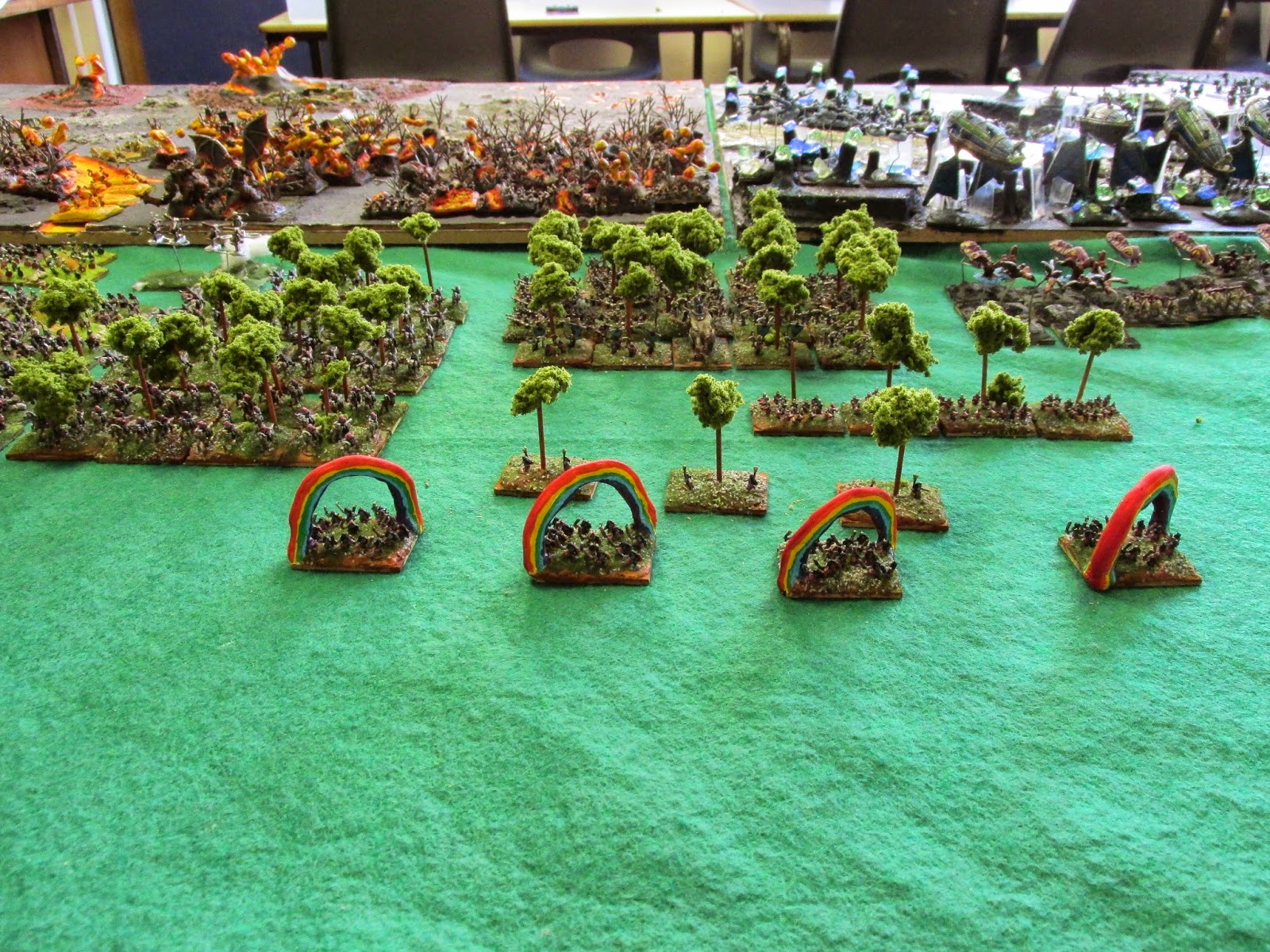 The dread elves - I never took them to HOTT club - so Friday's big battles will be their first combat outing. Can't wait to get those lovely raptor riders charging en masse. 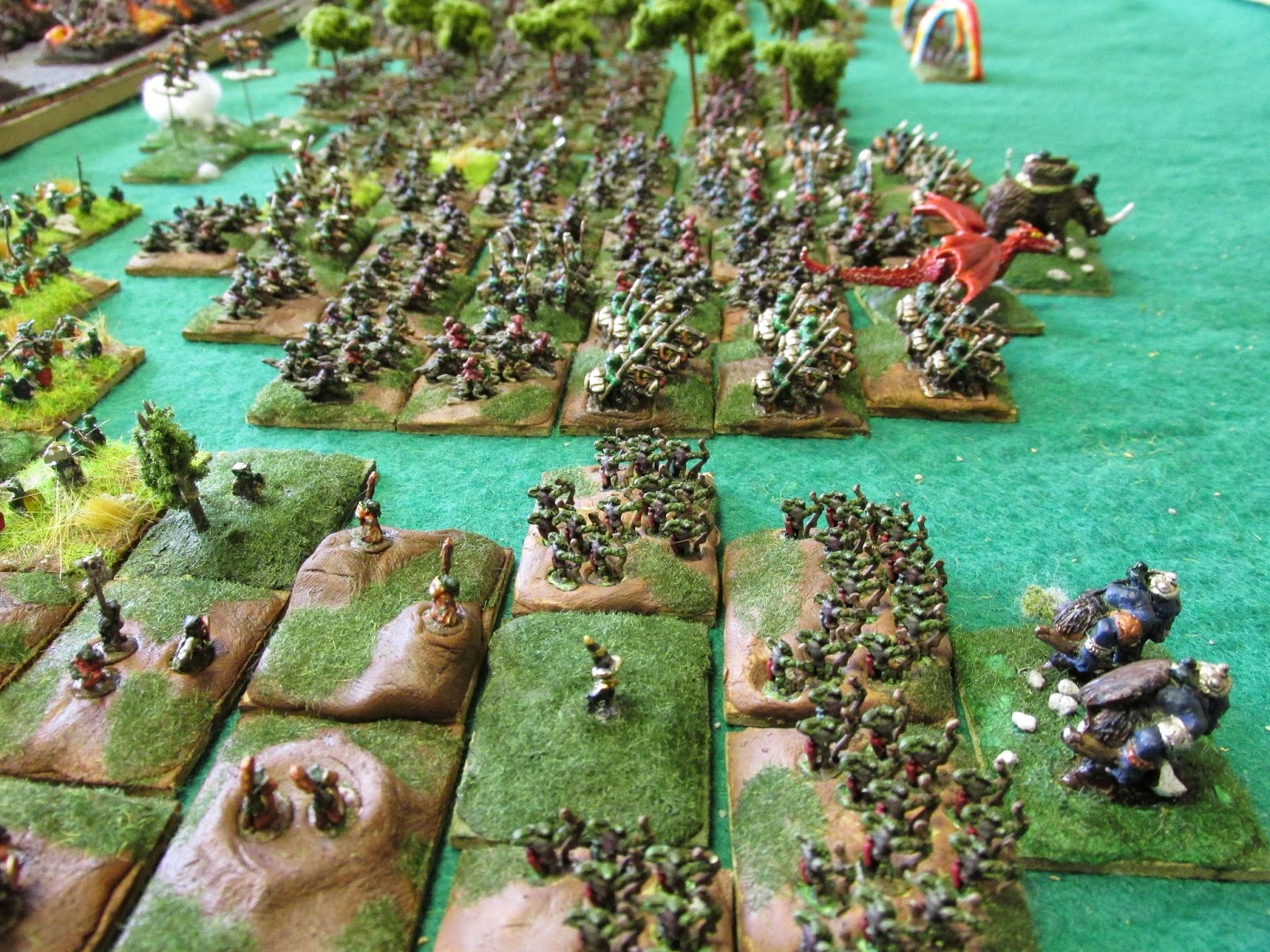 The orcogoblins - actually a mix of mostly microwrold and a few baccus. The second army I tried (first was woodland). Massed wolfand boar riders behind advancing trolls, archers and wizards and heroes. 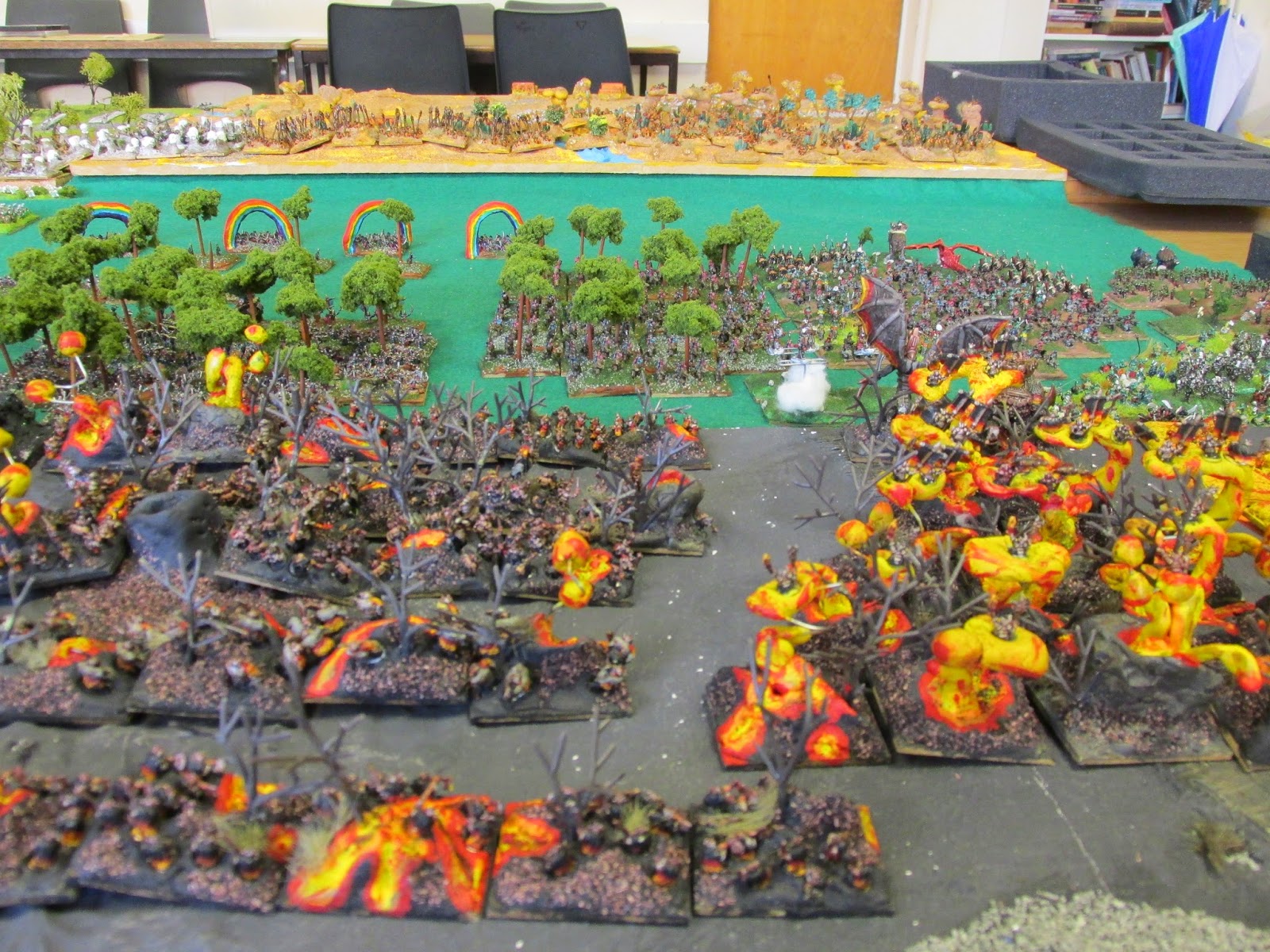 The army of Hephaistos awaits the victory of the dread elves to see if it is needed. Massed aerial heroes and wizards were a huge basing commitment, but it has paid off since. 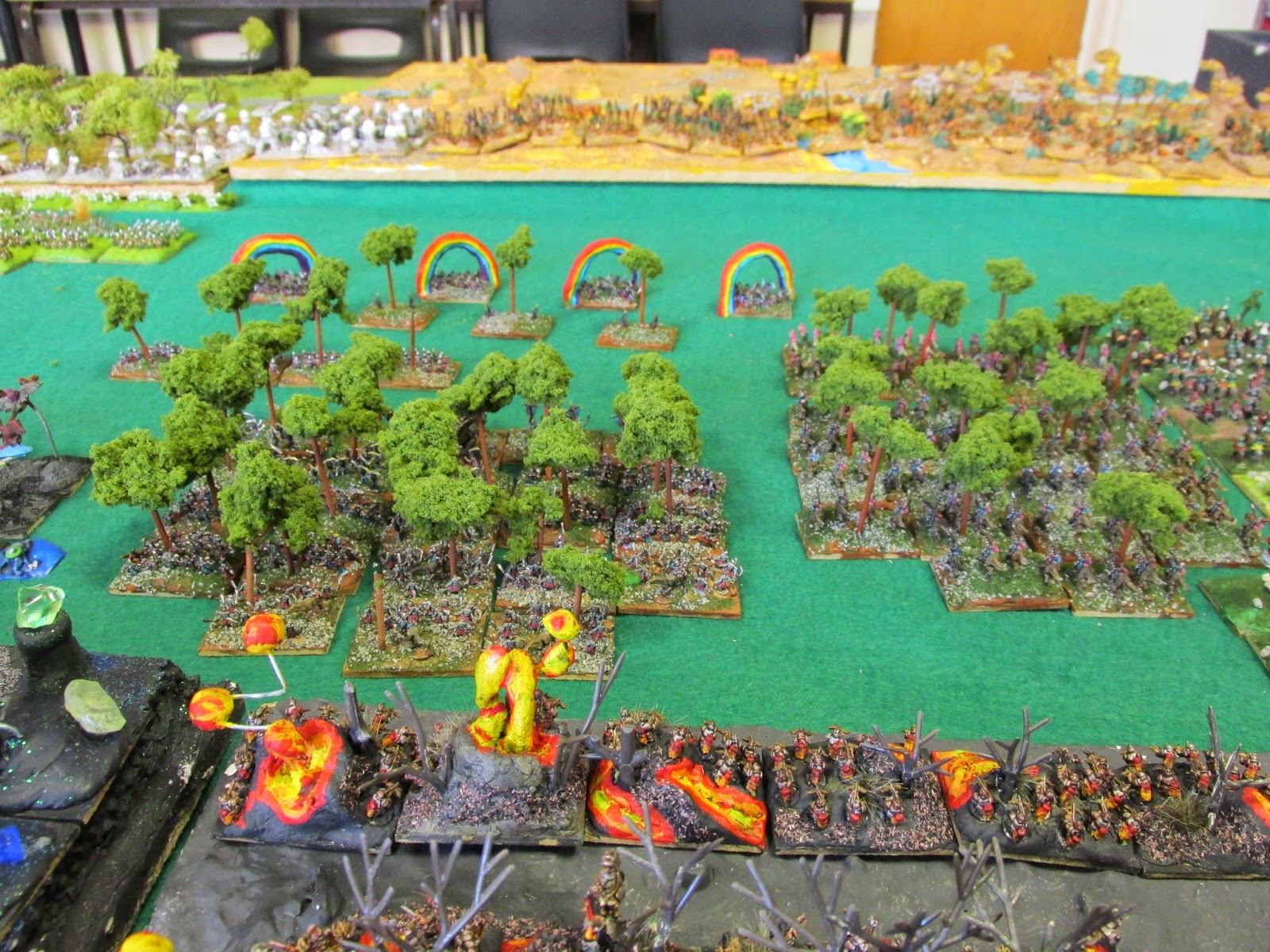 Dread elves - why did I never use them before this week? 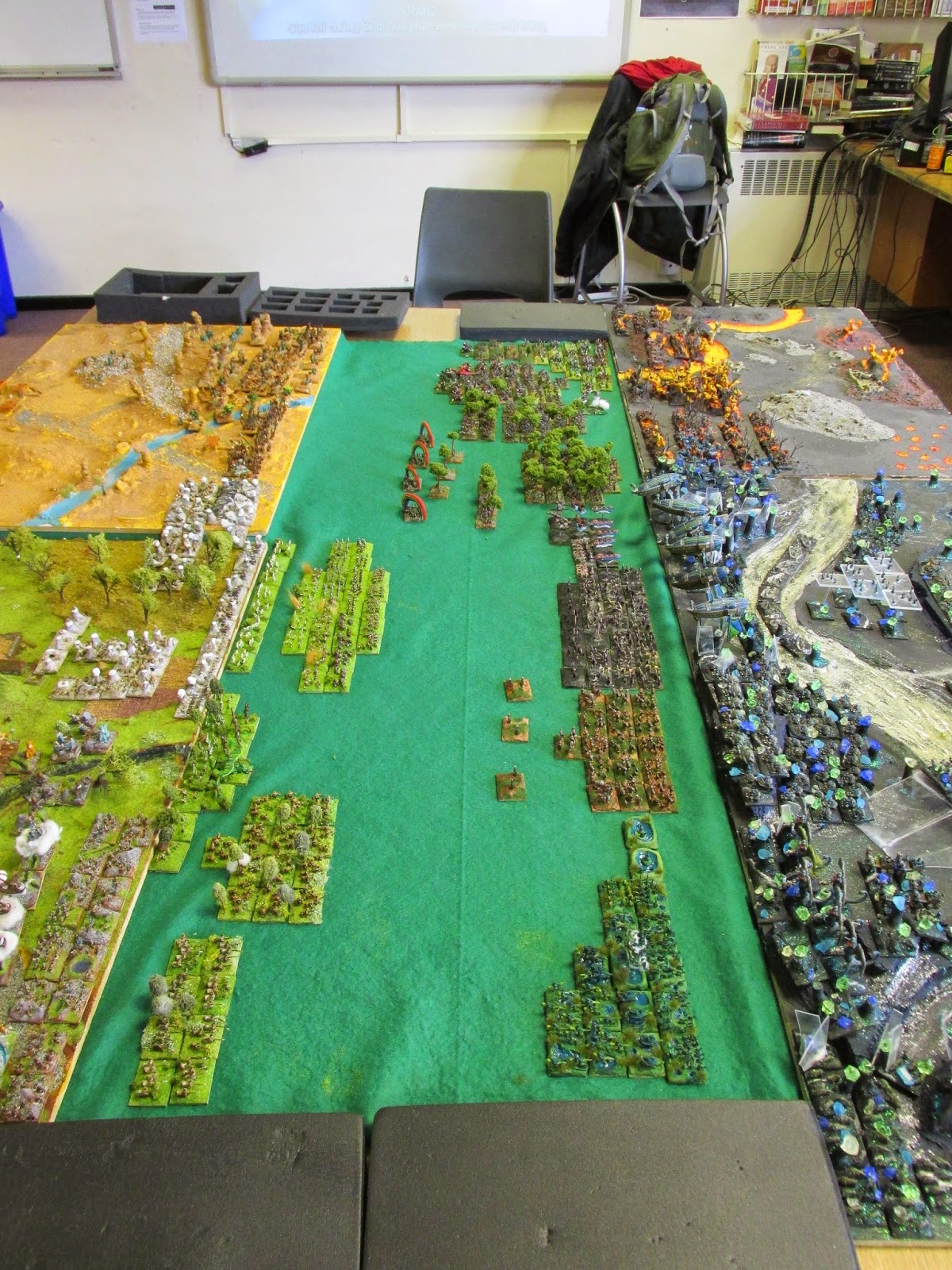 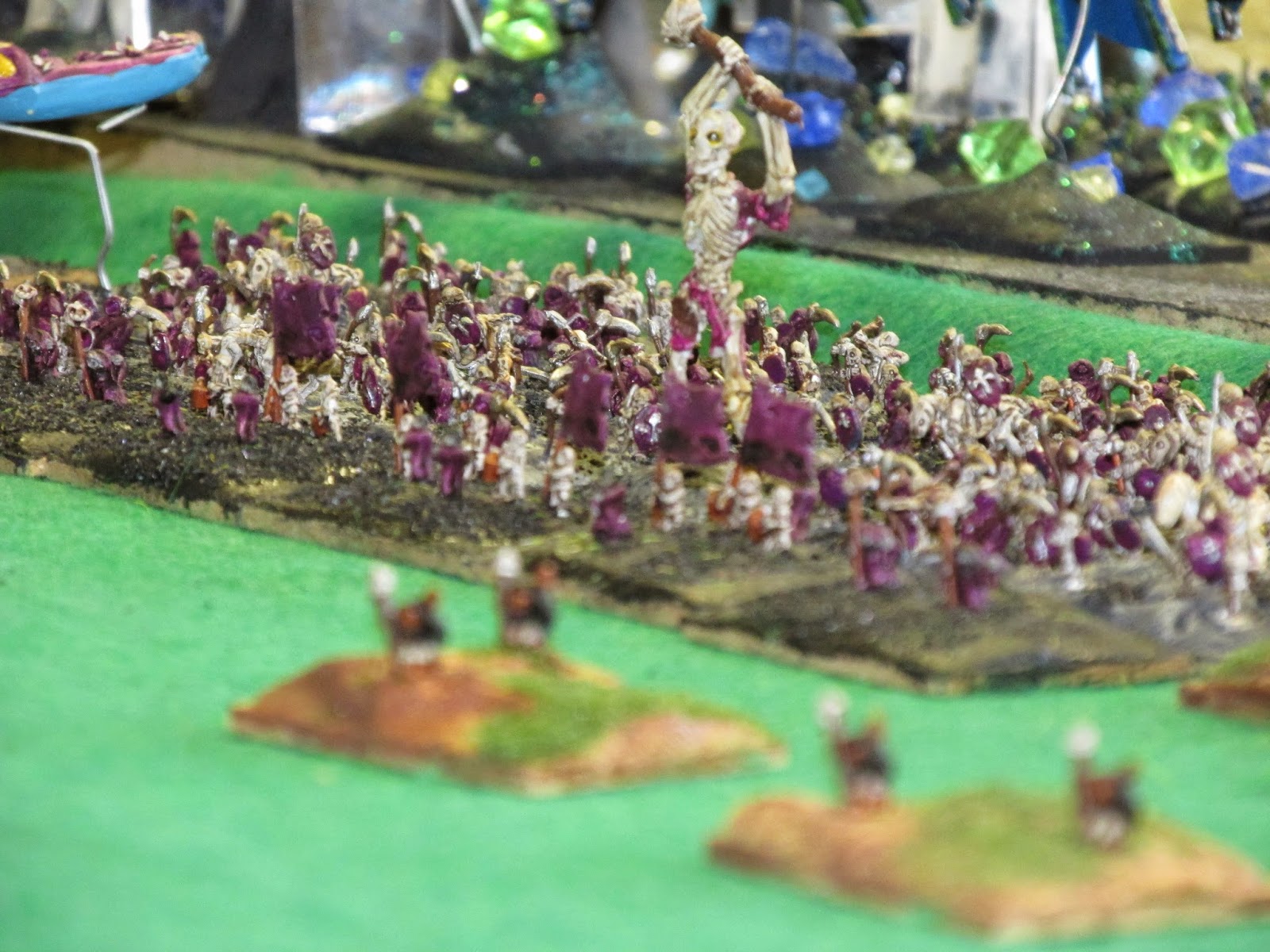 I am no expert, as the above photographs show - but that collection has taken up absurd amounts of my spare time in the last four years. There's something charismatic about the bone giant amidst his deathly hordes.

Watch this space after Friday for the big battle reports. It'll be three battles with three commands per side, as I reckon trying for one giant battle on one table would take too long waiting for each side to finish - better to have three pairs fighting at their own speed. We shall see.